Back on the horse

After 2 years of radio silence caring for my adoptive mother who tragically suffers from a rare form of Alzheimer's, I am joining an all-star genomics startup that echoes the futuristic and staunchly pro-democratic ideals of Ethereum.

During my adoptive mother's illness, I was left with plenty of time alone with my thoughts, studying Viktor Frankl's works. I pondered about the fate of my biological mum, who chose to have me despite abortion being legal, yet opted for a ‘birth under X’.

I also learned that what motivated me was feeling like my life was spent having a meaningful purpose. But to 'outdo' Ethereum, a decentralized, worldwide, unstoppable computer where intelligent agents (“smart contracts”) roam free, this new project would have to be on a scale that would dwarf everything I worked on before - Ethereum and its $169 billion capitalization included!

In the words of my friend and renowned science fiction author Karl Shroeder, I had to find “what is about to become incredibly important but that nobody is talking about right now?”. Enter epigenomics: the revolution around the corner you haven't heard from yet because we’ve been distracted by a global pandemic and kept blind to its potential by the greed of short-sighted corporations.

Ever felt some 'trauma' had been 'passed on’ to your generation? Your instincts pointed you in the right direction: studies show the socioeconomics of your parents and grandparents are defining how your genes are expressing themselves, as we speak, right this second. It's not about DNA mutation. It's about gene expression across generations.

This is why war veterans' children often show signs of increased anxiety when no other factor can make up for it. According to some scientists, even prior to conception, a pack of cigarettes a day could be harming your future child. To be clear, we’re not talking second hand smoke here, but instead an inherited predisposition to diseases, and even inherited trauma!

This is solid science and I'll post references to fascinating studies regularly over the following months. However, today these studies are few and far between because genomic testing is still expensive, with the data locked away behind incomprehensible biobank terms of services or the paywalls of companies that favor you being the product as opposed to having ownership of your medical information. Sometimes, it can also simply be forbidden by law.

That data is fragmented, incompatible, expensive or sometimes impossible to access. While 100% gene sequencing costs might have outpaced Moore’s law to be priced at just a few hundred dollars, proper genomics analysis still costs in the region of high 6 figures. Now you know why your 79$ 23andme DNA kit has 'not for medical purposes' written all over it. In fact, recent studies show 90% of participants who carried a terrible, breast cancer-inducing BRCA mutation would be missed by their ‘tests’.

How we intend to change that

In the near future, however, complete, 100% 360-degree genomic testing will cost a few dollars at most and will be repeatable on a monthly, or even weekly basis. Enriched with nearly-infinite contextual information from the quantified self ranging from physical activity to mental health tracking, hundreds, if not thousands, of hidden correlations could be suddenly made accessible to researchers.

Our goal is to take this ‘quantified self’ information and find correlations and causations with ‘passion centers’ including Identity (for example, an app helping me find my biological mother), Health (triggering a conversation on how we approach aging and even cure diseases), and Lifestyle.

Evidently, we realize that the task is simply too ambitious to take on as a single team. Instead, we want to build an ‘operating system’ - including a machine learning-friendly programming language built on top of an optimized datastore for heterogeneous genetics and quantified self-information - accessible to any programmer, from DIY-bio to established pharmaceutical companies.

In the longer term, as CRISPR, a tool designed to precisely edit genes, becomes commonplace, advanced medicine in everyone's home could become a possibility. This is what the “biohacking” community has been talking about for years, and we as a company will aggressively defragment the space and take a novel approach to incentivize users, giving them a fair stake in this new ‘genetic economy’.

For the developers reading this, building an app that attributes a genetic or epigenetic trait to a mental disorder where none was suspected before will enter the realm of the possible.

If this sounds familiar at all, it should: we’re hell-bent on building a medical platform like we build Ethereum with its own language, datastore and default apps for developers to get started.

On this platform, users will retain 100% access to their data, with the option to opt-out at any time at the push of a button. Coming from the crypto space, we knew we needed extrordinary incentives, so users will be rewarded financially for staking their genetic and non-genetic data.

I'm lucky to be part of the project and hold the same role I did back at Ethereum, thanks to being brought on by our ever-persistent CEO, Cassius Kiani. Our world-class management team will be revealed over the next few months, but I can already announce our Chairman of the Board will be none other than David Tabizel, the internet pioneer and father of the Internet Service Provider.

Keep in mind that at this point in time, this is NOT a blockchain project, even though it will leverage technologies that live on its periphery (Secure Multiparty Computation, Zero-Knowledge Proofs, etc...) but over time and only once they are ready for prime time.

With 23andme about to go public at a valuation of around $3.5 billion and Ancestry.com having been acquired for $4.7 billion, I feel it's the right time to say goodbye to old models and adopt a fresh, radically private approach to advanced healthcare.

I cannot wait to share more about the project with you. Until then, here's the link to our (not so secret) Discord server. Please bear with us, as we are in this for the long run, embarking on an 18-month journey to a product launch and a 5-year marathon (minimum) to revolutionize the space… and perhaps find my biological parents.

Stephan Tual is the Founder and CCO of a stealth genomics startup.

Previously CCO for the Ethereum project from 2014 to launch, Stephan has three startups under his belt and brings 24 years of enterprise IT experience to the project. Before entering the world of epigenomics, Stephan held CTO positions at leading data analytics companies in London whose clients included VISA Europe, BNP Paribas, BP, The Co-op and dozens of other Fortune 500 companies.

His current focus is on the intersection of epigenomics and the leading edge of information technology, where his stealth startup is actively building a platform dedicated to entrepreneurs seeking to develop the next genetics app, service or business.

An established thought leader on decentralization, privacy-centric technology and leading-edge protocols such as zero-knowledge proofs and homomorphic encryption, Stephan regularly speaks at conferences, community events and meetups. He is the media contact for the project.

If you enjoyed reading this, please consider subscribing to this blog.

All content found on the stephantual.com website, including text, images, audio, or other formats, were created for informational purposes only.  The content is not intended to be a substitute for professional medical advice, diagnosis, or treatment. Always seek your physician's advice or other qualified health providers with any questions regarding a medical condition. Never disregard professional medical advice or delay in seeking it because of something you have read on this website.

If you think you may have a medical emergency, call your doctor, go to the emergency department, or call 999 (or 911) immediately. Stephan Tual and hisemployer do not recommend nor endorse any specific tests, physicians, products, procedures, opinions, or other information that may be mentioned on stephantual.com. Reliance on any information provided by stephantual.com, his colleagues, company employees, contracted writers or medical professionals presenting content for publication to stephantual.com is solely at your own risk.

The website may contain health or medical-related materials or discussions regarding explicit disease states, including sexually-transmitted diseases. If you find these materials offensive, you may not want to use the website. The website and its contents are provided on an "as is" basis.

Links to educational content not created by Stephan Tual or his employer are taken at your own risk. Stephan Tual is not responsible for the claims of any external websites, education companies, or any third-party.

How building an ethereum-like platform to develop genomic applications is going to revolutionize healthcare… and maybe help me find my biological parents. 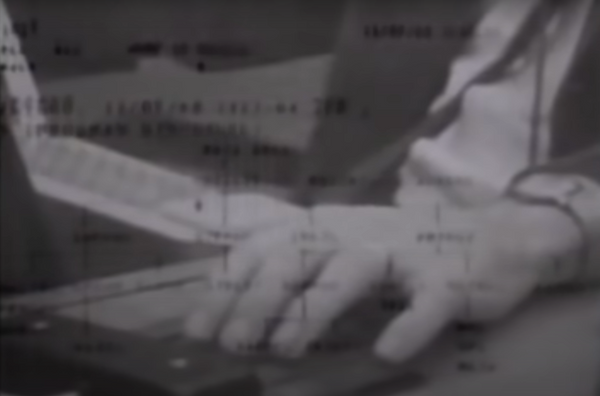 During this 2016 Mist decentralized browser preview, Stephan tual draws parallels between MIST and the 1968 Douglas Engelbart’s “Mother of All Demos”. 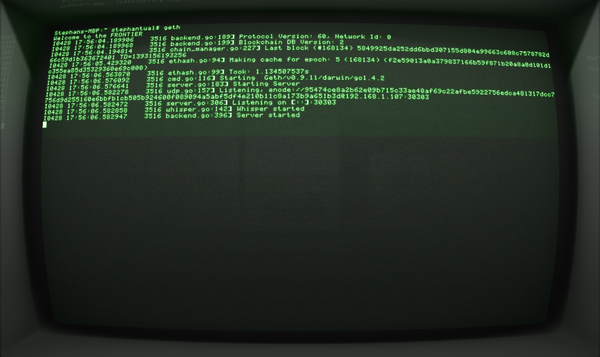 In this article dated 2015, Stephan Tual directly contradicts Tim Berner's Lee view that the Internet is 'decentralized enough' and calls for an alternative in the form of a cyberspace revival.