Time to drop the diet of meaningless hashtags.

Hindsight is 20/20. But admit it - you too may have owned a lava lamp, and - don't lie - you did attend at least ONE conference on how the semantic web would change everything back in 2010. And you found it exciting.

The answer is rather disheartening: multi-level marketing, once the preserve of predatory companies is now the de-facto go-to strategy to monetize content creation. Don't believe me? 1 million views on TikTok is 40$ in profit. Let the millennials teach you - there's no money in views anymore - today is all about 'repping' a brand.

Given enough volunteers - and they are lining up by the millions - this wannabe influencer spam forms what is mistaken for surefire 'trends'. Social media companies all aggregate these millions of positive sentiments for brands and technologies to form their hashtags' top 10 lists. These are the exact same lists that land on your desk as Gartner quadrants.

And they are all incorrect because unsurprisingly, nothing good ever comes out of echo chambers. You just had to look at the recent anger and disappointment of most French voters to understand what David Chappelle meant when he said "Twitter isn't real". This was once again proven true as those that dominated the social media arena got a political spanking from candidates seemingly hated by the entire population… if social media and hashtags were to be believed, that is.

Apply this to the world of business: why are you so hellbent on following these "trends that weren't'? Don't you think it would be far more profitable to address that silent majority that doesn't even participate in the online conversation? Just because it is 'easy' to pay for some CPM that will end up as bot fodder doesn't make it right. Maybe there is still some value in that 'old media' after all, and putting all your eggs in the online basket wasn't such a great idea.

Why has it become so hard to tell the difference?

The same reason why so many felt that Beanie Babies were "solid investments". We'd call this "FOMO" today.

It's difficult because fads can make many people rich overnight, and:

a) money talks
b) culturally, every middle-class geek is a frustrated billionaire
c) for better or worse, humans equate financial success with 'being right'
d) "journalists" know that putting the Theranos lady on the cover will lead to page impressions going through the roof.

It's difficult because the Internet is drowning us in a cacophony of voices all sponsored to promote products they don't care about. Everyone wants to be the 'guru' who becomes rich because of their book on how to build a company when they never built one themselves. If you want to see examples of the worst offenders - check out the brilliant Spencer Cornelia, whom I'm afraid will never run out of material.

It's difficult because how can you argue that NFTs are a fad when someone is showing off a v12 Aventador and a megamansion. People want to believe. What Mr. or Ms. Moneybags didn't mention though, is that the Aventador was bought by making people 'HODL' (hold) their coins while they, on the other hand, did the exact opposite and dumped everything for FIAT (cash). Not a great look.

And it's difficult because even you, the decision-maker, regardless of your seniority, are human, and therefore just as likely to be influenced by the above 3 points.

Protect yourself and your company by following these four simple rules:

For over 50 years now, flying cars have made regular, triumphant returns on the cover of major media publications and another round of investors gets fleeced by something that will only exist in a world imagined by Hollywood.

No one is safe from trends turning into fads over time, even temporarily - as demonstrated by how the Ethereum Facebook group - once my pride and joy - went from insightful discussions on cryptography & ZKPs to being quickly overrun by thousands of pictures of half-naked women all pushing a different "ICO" or "NFT", both of which I consider to be of no genuine long term interest. All in the relatively short span of 3 years.

Here are 4 simple tips to minimize such risk:

1 - If there is no adoption of the tech in question, but 'it's coming in 5 years' - it's likely never coming.

The most significant indicator you can go is literally the bottom line. Ask to see the numbers, the real ones. If a product has, today, millions of DAU/MAU across the board, it's probably a better bet than the one led by a small but hyper vocal, niche audience that feels more like a cult than a genuine following telling you that one day, 'everyone' will use their product.

The former will help you shuffle where the puck will be, the latter is something that won't earn you a cent no matter how hard you 'embrace' it because its culture is designed to take, not to give.

One is silent but brings millions, if not billions in revenue. The other often gets angry, threatening or disdainful because you're not 'buying in'. Ever been approached by crypto-bros? It's no fun.

Fads have the annoying habit of coming back. My example of flying cars was not in jest.

Imagine my disappointment to see this decade kick off with the 'metaverse' and the FIRST demo being one of "a 3D shopping center".

When "it's the year of the 3D shopping center" for the 5 or 6th time in 3 decades, "but this time it's for real", caution might be mandated?

3. If only doomsayers back a topic, something's seriously amiss.

You need to learn to ruthlessly dismiss everything that captures the public's imagination through pipe dreams or justifies its existence through provocative scaremongering theories to argue its oh-hum 'fundamentals'.

"The end of the dollar", Zimbabwe-style hyper-inflation in the Land of the Free, a looming nuclear apocalypse.

These are certainly catchy and would make great movies but are not what motivates people to crack open an app or a wallet and once again the statistics reflect that. Remove the wallets and ICO-specific apps from your phone, how many blockchain 'Dapps' are left. Exactly zero. I'm not a mind reader, but I am available for consulting.

4. Let go of the "good news gazettes" hypnotized by Forbes

And finally, if you, as a decision-maker, are constantly nagged by time wasters in your organization encouraging you to go down yet another blind alley as if shortcuts to success existed, it's only the tip of an iceberg proving that your staff has too much time to spend online.

How many of you have been asked to participate in a "metaverse" conference in the last 6 months? How useful was it? If this hits a bit too close to home, here's free consulting advice: you should extend your runway by giving mandatory permanent holidays to those that would like to distract you from your main mission.

I'm Stephan Tual and my passion is communicating the impossible while building lasting communities. I was the architect behind the marketing & partner strategy for Ethereum.

I regularly speak at both small and large conferences or community events. 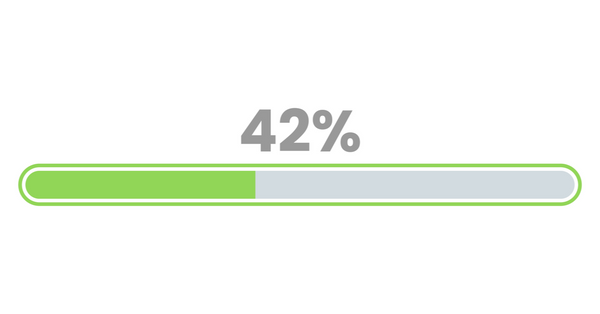 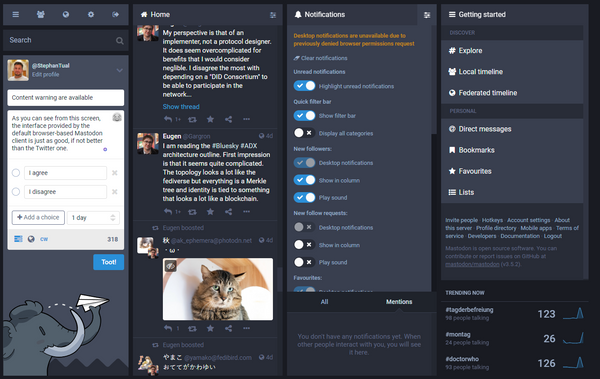 AI-enhanced products are leaving competitors in the dust. Here are my favorite apps for March 2022: from blogging to photo editing, AI & Machine Learning can help increase productivity.